Prof. Dr. Walther Dürr was born in Berlin in 1932. He studied first in Berlin (1951–1952) and then in Tübingen with Walter Gerstenberg and Georg Reichert (musicology), Friedrich Beissner (German languages and literature), and Mario Wandruszka (Romance languages and literature, with a focus on Italian). He took his doctorate at Tübingen University in 1956 with a dissertation (unpublished) on rhythm and meter in the Italian madrigal, particularly in the works of Luca Marenzio. After spending a year of study in Bologna he became a reader in German language and literature at Bologna University (Facoltà di Magistero) together with a lectureship in music history (1957–1962). He then joined the staff of the International Students Office at Tübingen University, where until 1965 he was an assistant and reader in German for foreign students. From 1965 to 1997 he was managing editor on the Editorial Board of the New Schubert Edition in Tübingen; he also received visiting lectureships at the universities of Stuttgart, Freiburg im Breisgau, and Berne as well as the State University of Music in Trossingen. In 1977 he was made an honorary professor at Tübingen University. Since retiring in 1997, he continued to work on the New Schubert Edition as a member of the Editorial Board and a volume editor until he passed away in January 2018. 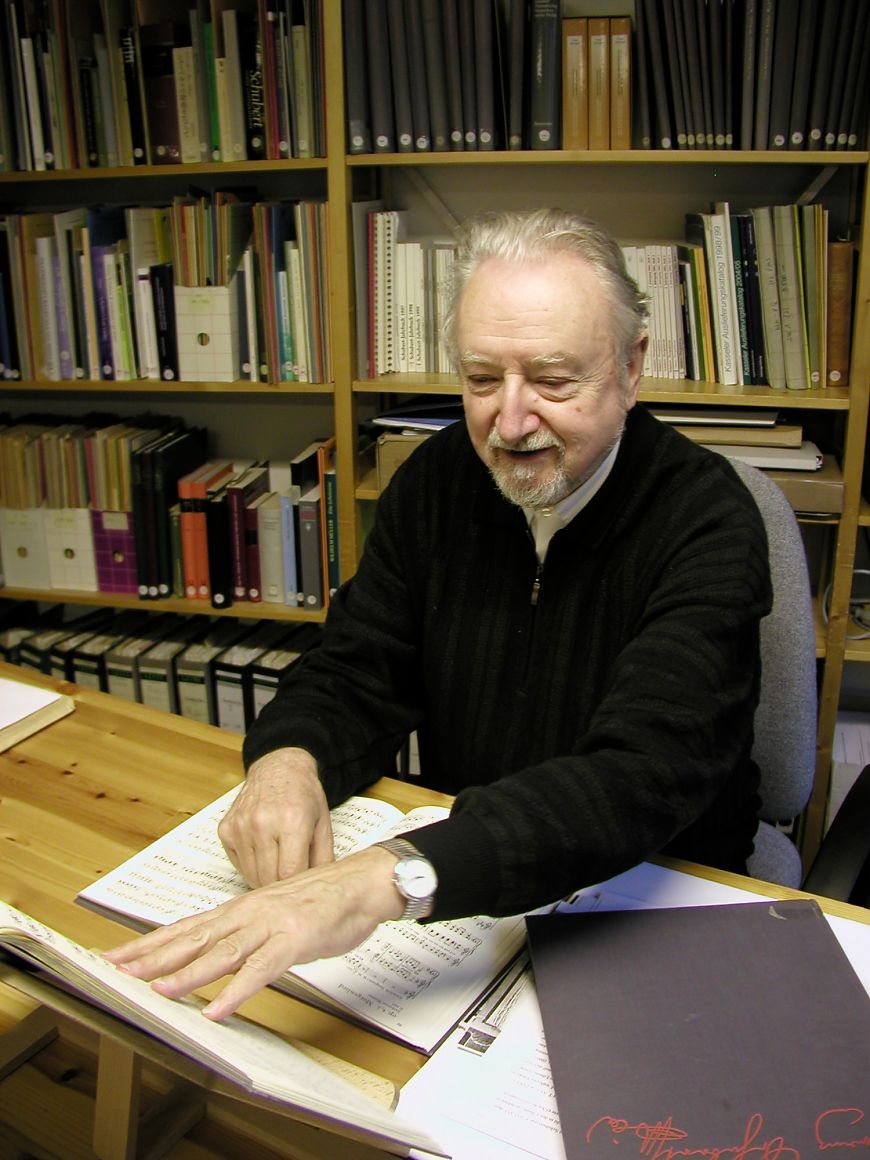