From the 19th Century Complete Works to the New Schubert Edition

In 1897 the “critical report” of the final volume of the “Old” Schubert Gesamtausgabe, edited under the aegis of Eusebius Mandyczewski and published by Breitkopf & Härtel in Leipzig, was presented to celebrate the centenary of the composer’s birth. The primary aim of its editorial principles was to publish each work in an ideal form (“best text edition”). There was no critical apparatus of the sort considered indispensable for scholarly editions today. Within a few years after the completion of this edition, many Schubert works were newly discovered and gathered together by Otto Erich Deutsch as material for the Gesamtausgabe‘s supplementary volumes. Beginning in the 1950s, preliminary thoughts were given to a New Schubert Edition. This led to the founding of the International Schubert Society on 19 November 1963, Schubert’s one-hundred-thirty-fifth birthday. The Society’s sole task is to function as a support association for the publication of Schubert’s complete works. 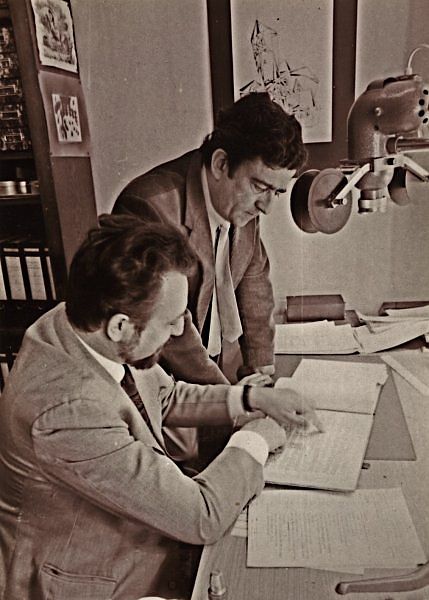 The International Schubert Society set up an Editorial Board headed by Walter Gerstenberg, with Otto Erich Deutsch as its honorary president. It began work on 1 May 1965, with Walther Dürr and Arnold Feil using the premises of the Musicological Institute at Tübingen University, and with Christa Landon based in Vienna. It was important to establish an editorial office in Vienna since most of the relevant sources are still located in the libraries of Schubert’s native city. The publication of the new edition was entrusted to Bärenreiter Verlag in Kassel.
At first the New Schubert Edition was funded by the Volkswagenwerk Foundation in Hanover. On the Austrian side, the Federal Ministry of Science and Research was involved in the funding from the very outset. It was joined by the City of Vienna in 1967, and in 1978, the 150th anniversary of Schubert’s death, the circle of donors expanded with the addition of the Austrian Academy of Sciences (Vienna). In 1979 the New Schubert Edition was included in the academic program of the Conference (from 1999 the Union) of German Academies of Science, represented by the Academy of Sciences and Literature in Mainz. Since then it has been financed by resources from the Federal Republic of Germany, the State of Baden-Württemberg, the Republic of Austria, the City of Vienna, and the Austrian Academy of Sciences.
The first volume of the New Schubert Edition appeared as early as 1964 with a new edition of Otto Erich Deutsch’s Schubert: Die Dokumente seines Lebens (Series VIII, Vol. 5), which had been prepared in advance by Bärenreiter. The first volume of music, Symphonies I (Series V, Vol. 1), was presented to the public in Vienna in November 1967.
From 1979 to 2002, Werner Aderhold was one of the employees of the Tübingen office as editor, after he had already worked on the new edition of Otto Erich Deutsch’s catalog raisonné (Series VIII, Volume 4) on behalf of the editorial team from 1975 to 1978. The Vienna office was headed by Walburga Litschauer from 1980 to 2015.