The New Schubert Edition views itself as a complete scholarly-critical edition that also serves the needs of performing musicians. It takes this dual alignment very seriously, also with regard to its responsibilities toward culture and society.
Being a “scholarly-critical edition,” the NSE takes into account all available sources, not only documenting their alternative readings but also attempting to retrace the gestation of each work. The gestation can be reflected in a single autograph (i.e. its various layers of writing and alterations) or in two or more sources (autographs, copyists’ manuscripts, prints) that hand down conflicting versions of the work in question.
The New Schubert Edition is also an “open edition” that either presents conflicting readings on ossia staves as alternatives to the main text, mentions them in footnotes, or reproduces them intact, depending on their length and significance. In order to give today’s performers an opportunity to study and try out variations and embellishments common in Schubert’s day, embellished versions and marked-up compositions are included in the appendix to the musical volume in question, provided that they originated in Schubert’s circle and thus at least purportedly bear his sanction. 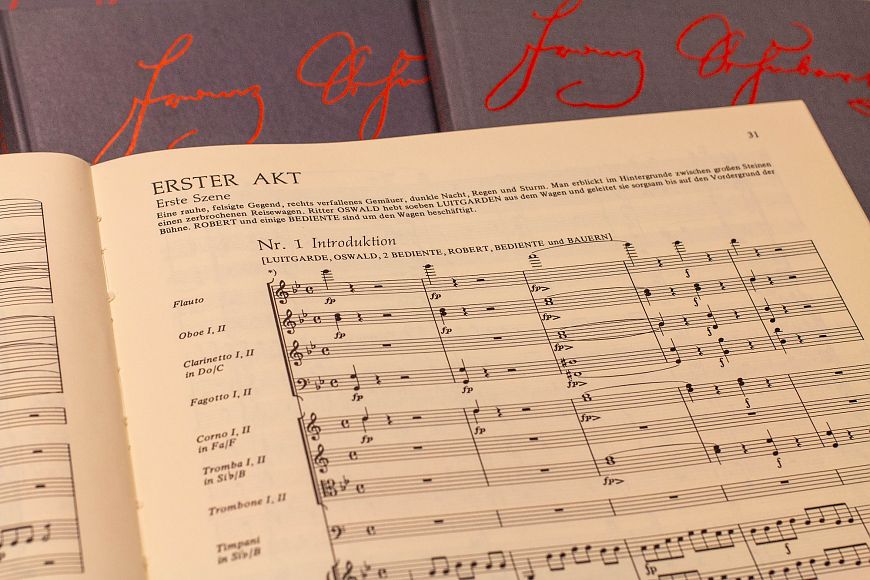 The concept of a critical edition that aims to interpret the historical notation of the source and translate it into a modern musical text, requires intervention (in the sense of clarification) on the part of the editors, who cannot always be made identifiable in the musical text. Such measures are to be recorded and justified in a critical apparatus.

Since the New Schubert Edition is also aimed directly at the performer, it was decided to split the critical apparatus into two parts: In the music volume itself, information on the main sources as well as the most important editorial corrections and interventions are noted as “Sources and Readings”. This gives the performer the opportunity to check individual readings and possibly decide against the editorial interpretation of the source.
In addition, the “Sources and Readings” provide information on questions of text genesis (Schubert’s corrections) and offer a brief description of the sources that served as the basis of the edition as well as the results of filiation. The edition would also like to serve the performer with references to ‘rules of the game’ for the execution of the musical notation of the Schubert period, which are given either in the musical text itself (or in footnotes) or as remarks in the appendix “Sources and Readings”. 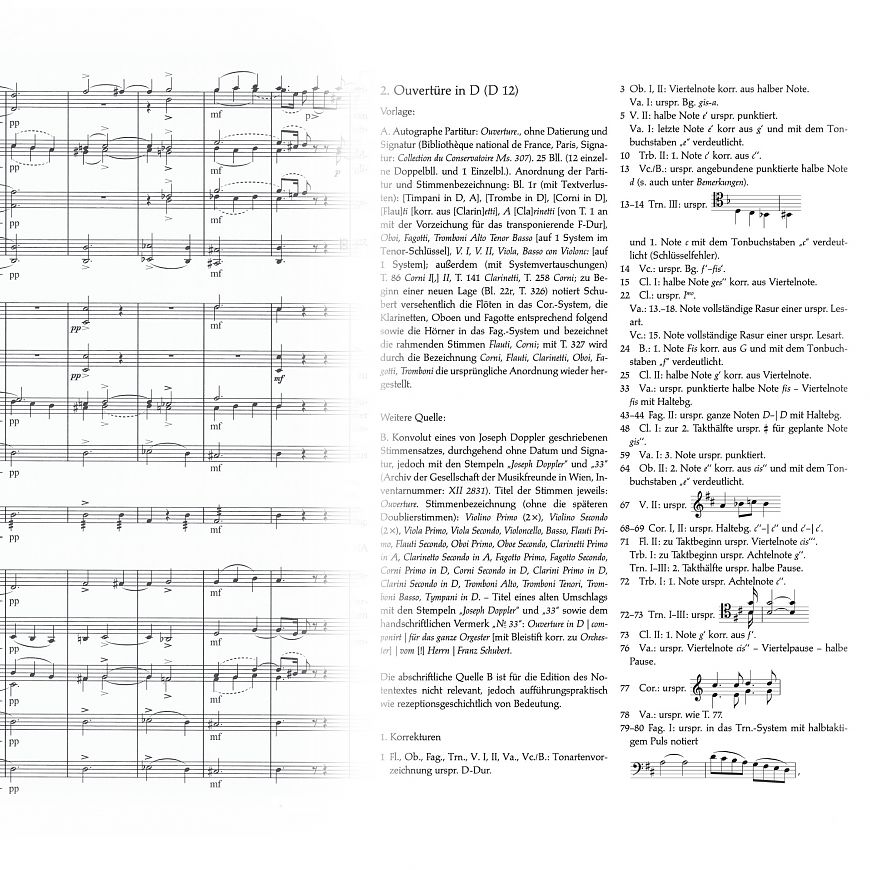 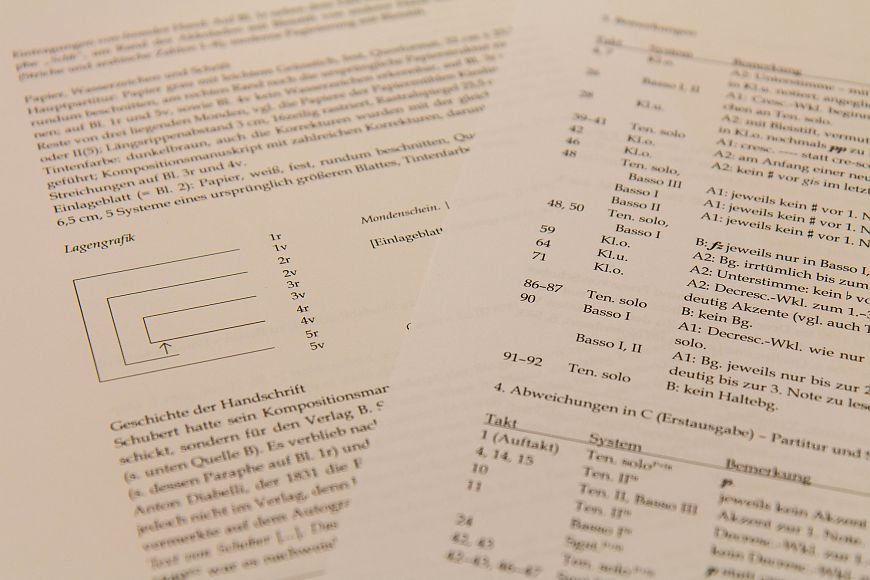 The separately published Critical Report contains a detailed description and evaluation of all accessible contemporary sources, images of the watermarks and information on the provenance of the sources. Finally, it supplements the information given in the “Sources and Readings” with lists of less significant corrections, readings, text variants and editorial interventions.

The editorial guidelines for the New Schubert Edition were drawn up together with the first volumes of music. They are now available in an updated 7th version.