Dr. Felix Loy was born in 1963 in Ingolstadt. He owes his early musical experiences to his parents, who both were church musicians, and to the boy’s choir „Laubacher Kantorei“ (Laubach/Oberhessen). After studies at the Technical University of Kaiserslautern he started his professional career initially in the area of traffic planning and environmental technology.
1994–2000 he studied Musicology and German Literature at the Eberhard Karls Universität Tübingen and took his master’s degree with a dissertation on the reception of J. S. Bach’s music in the oratorios of Felix Mendelssohn Bartholdy (Tutzing 2003). 1995–2003 he was a member of the editorial team of „Das Erbe deutscher Musik“, in 2001 also of the „Denkmäler der Musik in Baden-Württemberg“ (Tübingen). 2001–2003 he gained a doctoral scholarship of the Postgraduate Research Grants Programme of Baden-Württemberg. 2004–2008 he contributed as editor to the complete edition of works by Josef Gabriel Rheinberger at Stuttgart, completed in 2008. 2009 he took his doctorate with a dissertation on the wind ensemble music at the court chapel of the Princes of Fürstenberg at Donaueschingen. 2009–2012 he was employed again as editor of scores, books and CDs at Carus Publishers, Stuttgart, and particularly concerned with cantatas of J. S. Bach. Since 2012 he is working as a freelancing editor and author for several institutions like the Beethoven-Haus, Bonn, the Richard Strauss Edition, Munich, and the New Schubert Edition, Tübingen/Vienna, as well as for many music publishers (f. e. Breitkopf & Härtel, G. Henle, Schott Music, Universal Edition Vienna). In January 2020 he joined the editorial office of the New Schubert Edition at the Eberhard Karls Universität Tübingen as a research associate. 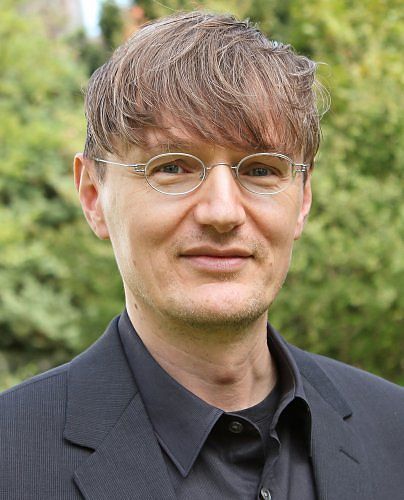